The principal difference between urban growth in Europe and in the North American colonies was the slow evolution of cities in the former and their rapid growth in the latter. In Europe they grew over a period of centuries from town economies to their present urban structure. In North America， they started as wilderness communities and developed to mature urbanism in little more than a century.

In the early colonial days in North America， small cities sprang up along theAtlantic Coastline，mostly in what are now New England and Middle Atlantic states in the United States and in the lower Saint Lawrence valley in Canada. This was natural because these areas were nearest to England and France， particularly England， from which most capital goods （assets such as equipment） and many consumer goods were imported. Merchandising establishments were，accordingly， advantageously located in port cities from which goods could be readily distributed to interior settlements. Here， too， were the favored locations for processing raw materials prior to export. Boston， Philadelphia， New York， Montreal， and other cities flourished， and， as the colonies grew， these cities increased in importance.

This was less true in the colonial South， where life centered around large farms， known as plantations， rather than around towns， as was the case in the areas further north along the Atlantic coastline. The local isolation and the economic self-sufficiency of the plantations were antagonistic to the development of the towns. The plantations maintained their independence because they were located on navigable streams and each had a wharf accessible to the small shipping of that day. In fact， one of the strongest factors in the selection of plantation land was the desire to have its front on a water highway.

When the United States became an independent nation in 1776， it did not have a single city as large as 50，000 inhabitants， but by 1820 it had a city of more than 10，000 people， and by 1880 it had recorded a city of over one million. It was not until after 1823， after the mechanization of the spinning had weaving industries， that cities started drawing young people away from farms. Such migration was particularly rapid following the Civil War （1861-1865）.

1. What does the passage mainly discuss？

（A） Factors that slowed the growth of cities in Europe.

（B） The evolution of cities in North America

（D） The effects of the United Sates＇ independence on urban growth in New England.

2. The word ＂they＂ in line 4 refers to

3. The passage compares early European and North American cities on the basis of which of the

（A） Their economic success

（B） The type of merchandise they exported

（C） Their ability to distribute goods to interior settlements

（D） The pace of their development

4. The word ＂accordingly＂ in line 11 is closest in meaning to

（C） to some degree

（D） for that reason

5. According to the passage ， early colonial cities were established along the Atlantic coastline of

（A） an abundance of natural resources

（B） financial support from colonial governments

（C） proximity to parts of Europe

6. The passage indicates that during colonial times， the Atlantic coastline cities prepared which of

the following for shipment to Europe？

7. According to the passage ， all of the following aspects of the plantation system influenced the

growth of southern cities EXCEPT the

（A） location of the plantations

（D） economic self-sufficiency of the plantations

8. It can be inferred from the passage that， in comparison with northern cities， most southern cities

（D） tied less closely to England than to France

9. The word ＂recorded＂ in line 26 is closest in meaning to

10. The word ＂drawing＂ in line 28 is closest in meaning to

11. The passage mentions the period following the Civil War （line 29） because it was a time of

（A） significant obstacles to industrial growth

（B） decreased dependence on foreign trade 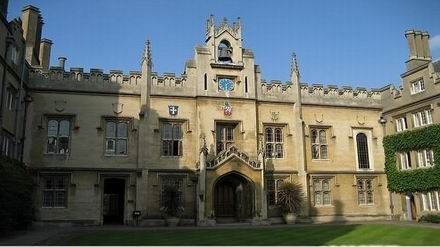