1 Several different theories have been put forward to explain how the hard-shelled eggs of land-dwelling reptiles （e.g. lizards） evolved from the soft eggs that amphibians （e.g. frogs and toads） lay in water. The Romer model of egg development is named after the late Alfred Romer， a paleontologist who also became director of the Harvard University Museum of Comparative Zoology. His specialty was early reptiles because， he felt， they were the key to understanding the great reptile diversification seen in the Late Paleozoic and Mesozoic Eras （around 230 million years ago）. Romer＇s hypothesis was that some aquatic amphibians that is， amphibians living in water called anthracosaurs began to lay their eggs on land at about the time that they were evolving reptile-like skeletal features. Indeed， some of these early amphibians and earliest reptiles are so similar in their skeletons that the exact transition point from one to the other is still difficult to determine. Eventually， though， the transition was made， but these early reptiles remained aquatic. The advantage for laying eggs on land was primarily to avoid the aquatic larval （pre-adult） stage during which immature amphibians live exclusively in water with its inherent risk of predators and drying of ponds. However， the land has its own set of dangers， not least of which is the drying effect of the atmosphere. To cope with these problems， a series of protective membranes developed around the egg， including a hard shell. Only later did the reptiles completely abandon an aquatic lifestyle.

2 Another hypothesis was proposed by German paleontologist Rolf Kohring， whose specialty is fossil eggs. In Kohring＇s model， amphibians during the Mississippian epoch （360-320 million years ago） spread into nutrient-poor or cooler water. Because of the harsher conditions， eggs were produced with larger yolks，that is， more nutrients for the embryo. With larger yolks， the eggs were bigger， and fewer of them could be produced by the female hundreds rather than thousands. ■ To keep the larger egg intact， one or more membranes were developed， including one that surrounded and protected the egg. ■ This outer membrane provided a place to safely store calcium ions， which are poisonous. ■ Accumulating the calcium in a hardshell then made it possible for the egg to be laid on land （it was pre-adapted to be laid there.） ■

3 One other model we should consider is the anti-predator hypothesis proposed by Gary and Mary Packard to explain the evolution of the hard-shelled egg. Their model was not concerned with the development of membranes surrounding the egg but continues the story after these membranes appeared. The Packards assume that the earliest reptiles laid leathery shelled eggs on very wet ground where they could absorb water during the embryos＇ growth. But life on the ground is not without hazards， based on studies of modern reptiles with leathery shelled eggs. Predatory insects and microbes can be a major cause of egg mortality. To counter this loss of eggs， some of the early reptiles began secreting a thin calcareous（containing calcium carbonate） layer. This hard layer gave the embryos a better chance of surviving until hatching. And these survivors in turn would probably leave more progeny once a few of them reached reproductive age. In time， a thicker， more resistant shell developed. However， a thicker eggshell meant that less water could be absorbed for the needs of the embryo. To compensate， larger eggs were produced，containing a great deal more albumen （egg white， a water-soluble protein）. At this point， the rigid eggshell had reached the bird egg level of complexity.

4 Mary Packard presented yet another model with her colleague Roger Seymour. They note that amphibian eggs can never get very large because the gelatin coat surrounding the developing larva is not very good at transmitting oxygen. Because of this restriction， we will never see frog eggs the size of a chicken＇s. For Packard and Seymour， the major evolutionary breakthrough in reptile eggs was the elimination of the thick gelatin coat and replacing part of it with a fibrous membrane. This change allowed larger eggs to be developed.

1. Which of the sentences below best expresses the essential information in the highlighted sentence in the

A. During the period that early amphibians changed into reptiles， their skeletons were exactly the same.

B. It is difficult to identify the time that early amphibians changed to reptiles because their skeletons look so

C. The skeletons of some early amphibians and reptiles are so similar that it is difficult to say which are

amphibians and which are reptiles.

D. Early amphibians and reptiles had the same kind of skeleton at the same point in time.

2. The word “exclusively” in the passage is closest in meaning to

3. According to paragraph 1， aquatic amphibians laid their eggs on land in order to

A. enable young amphibians to benefit from a dry atmosphere

B. ensure the rapid development of a hard shell

D. protect young amphibians from the dangers associated with life in the water

4. The word “Accumulating” in the passage is closest in meaning to

5. In paragraph 2， why does the author mention the information about calcium ions

B. To explain that the calcium in a hard shell is not poisonous when the egg is laid on land

C. To explain why， according to Kohring， a hard shell evolved

D. To explain why only the outer membrane stored calcium

6. Which of the following can be inferred from paragraph 2 about the relationship between eggs and water temperature

A. Eggs needed adaptations to survive in cold water.

7. According to paragraph 2， all of the following are true of the eggs of amphibians during the Mississippian

A. They had hard shells made from calcium ions.

B. They had larger yolks than previously.

C. They had protective membranes.

D. They were produced in larger quantities than previously.

8. The word “counter” in the passage is closest in meaning to

9. According to paragraph 3， early reptiles began to develop a thin calcareous layer around the egg so that

A. the embryo could survive attacks from predatory insects and microbes

B. the embryo could absorb sufficient water during its growth

D. the egg could be laid on land

10. Which of the following is mentioned in paragraph 3 as a disadvantage of the hard eggshell

A. It increased the hatching period.

B. It prevented the development of large-size eggs.

C. It made it more difficult for the embryo to obtain water.

D. It made it harder for the embryo to survive until hatching.

11. The word “breakthrough” in the passage is closest in meaning to

12. Which of the following can be inferred from paragraph 4 about the fibrous membrane

A. It served the same function as the gelatin coat.

B. It was larger than the gelatin coat.

C. It allowed amphibians to produce eggs as large as those of reptiles.

D. It allowed for better transmission of oxygen.

13. Look at the four squares that indicate where the following sentence could be added to the passage.

And the relatively few that were produced had to be properly protected.

14. Directions： An introductory sentence for a brief summary of the passage is provided below. Complete

the summary by selecting the THREE answer choices that express the most important ideas in the passage.

passage or are minor ideas in the passage. This question is worth 2 points.

before they started laying eggs on land.

B. Alfred Romer theorized that early reptiles developed protective membranes around the egg in response to

the dangers to young amphibians in water and threats to the egg on land.

C. In Rolf Kohring＇s view， early reptiles developed protective membranes around the large eggs that were

produced in harsh water conditions， making it possible for the egg to be laid on land.

D. Gary and Mary Packard claimed that reptiles developed the hard-shelled egg in order to reduce the rate at

which eggs were destroyed by predatory insects and microbes.

E. Rolf Kohring argued that egg development was poor during the Mississippian epoch due to nutrient-poor

F. According to Mary Packard and Roger Seymour， reptiles could not successively develop very large eggs

because of the elimination of the gelatin coat. 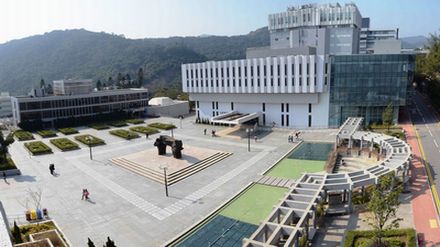 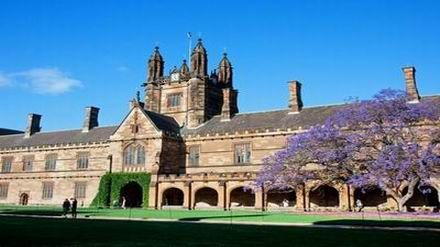